6’0″ Wing DIJONAI CARRINGTON from San Diego, CA  (Horizon H.S. ) is ranked among the top 30 players in the 2016 class ( by espnW ) and in my opinion has to be one of the most complete perimeter players with her dynamic Offensive ability and Defensive prowess.

She runs with the Nike sponsored Cal Sparks AAU program.

A very impressive overall young lady, including her prowess academically possessing a 4.4 GPA

Her brother Darren (Sophomore ) is a Wide Receiver for the Oregon Ducks . He scored 2 TD’s in last year’s Rose Bowl.

” D “  has a chance to be an impact player in college on both ends of the floor at the BCS level and certainly has had an Ample list of suitors vying for her pledge.  She possesses everything you would look for in an Elite recruit ( Size for her position, legitimate Versatility, shot making prowess, athleticism, Toughness , depth of character, perseverance through adversity , excels in classroom , outgoing personality and impressive maturity. )

Late last night  she took a big step in her recruiting process and planning her future, when she went public with narrowing down her list to a Final 6 schools.

Here are my top 6 schools alphabetically are…

Turned down some GREAT universities, but I am confident in my top 6 and can’t wait to take my official visits to 5 of them!

6.0 W DIJONAI CARRINGTON deserves to be a Mcdonalds All American when votes R cast in 6 months 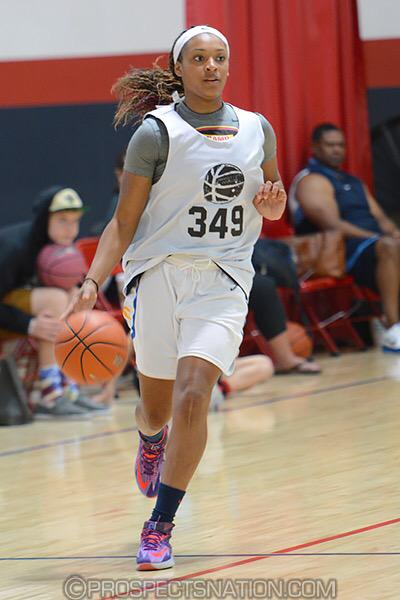 Congrats to #CSFAM 2016 G DIJONAI CARRINGTON for her USA Basketball 19U Team Trials INVITE.
Always Ahead of her time.

To All Da Colleges I have talked to about DIJONAI CARRINGTON, Recall what I said as you Read this: 39 pts & FORTY THREE Rebounds Last nite

Good to see Dijonai Carrington back on the floor after her injury. Just hit a nice pull up.

Cal Sparks Gold got a pleasant surprise when 2016 Dijonai Carrington suited up while in her last days of ACL recovery. Di Dominated on D.

including this summer .  the first time was the summer before her Sophomore year .

We don’t always understand why things happen the way they do, but in due time we shall reap a harvest. 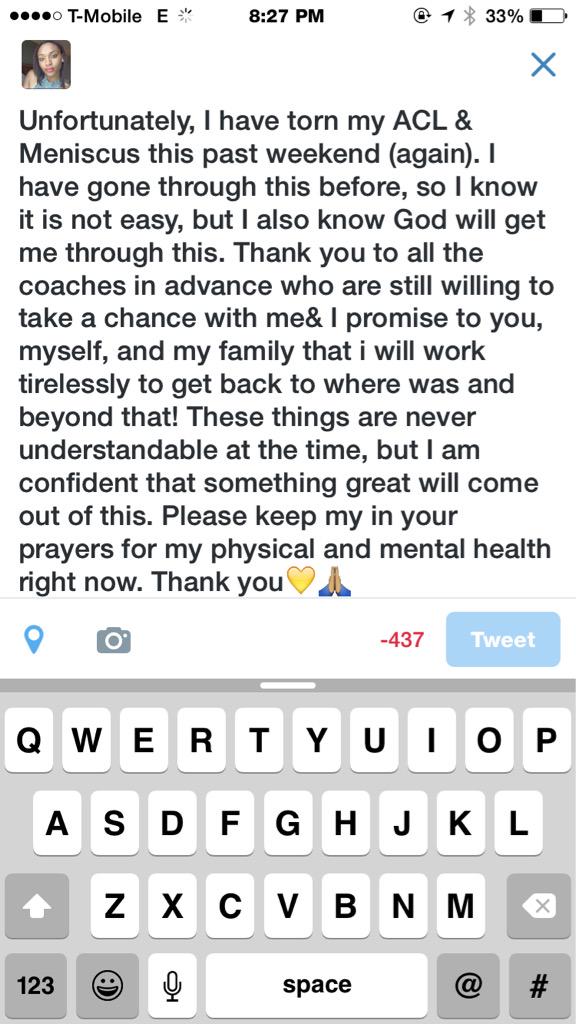 @Coachbill you are very actual and factual regarding your coverage and promotion of various student-athletes. It's so refreshing to discover insight on respective players you intentionally and deliberately highlight. Great instinctive integrity for choosing the choices you've chosen to choose to efface and personify with dignity!

[…] Freshman stud Jordyn Oliver is fourth in the Metroplex scoring an average of 18.1 points per game, while grabbing 6.8 rebounds per game. On Tuesday, Oliver had a monster game, scoring 25 points and pulled down five rebounds. The 5-foot-10-inch guard has great control of her size, can handle the ball well and finishes through contact. Oliver has received offers from over 15 universities already.  […]

Chrissy, you make me so proud. You're an amazing athlete but more importantly, you're an amazing young lady. I'm so fortunate to have you in my life. I pray that God continues to bless you and guide each and every step that you make. I love you so much.